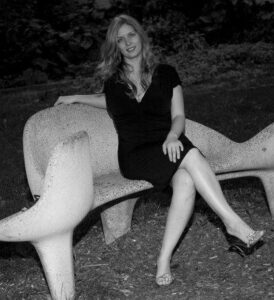 Jill Plaisted Band originated in Kenosha Wisconsin in 2006. The band consists of four member’s; Jill Plaisted on Guitar and vocals, also writing songs for the band. Bill Robbin’s on Bass and vocal’s also bringing his original music to the stage. Ralph Bruner on lead vodoo guitar’s. And Cy Costabile on drums, piano and occasional vocal’s. The band brings forth dance worthy originals as well as cover tunes.

Bill Robbins is a longtime local musician who has played in bands including Topaz, Late Edition and The Copy Cats. He is a founding member of the Jill Plaisted Band, in which he plays bass guitar and sings. Bill also performs solo on acoustic guitar and vocals at receptions, parties and festivals throughout the area.

Bill Robbins is a longtime local musician who has played in bands including Topaz, Late Edition and The Copy Cats. He is a founding member of the Jill Plaisted Band, in which he plays bass guitar and sings. Bill also performs solo on acoustic guitar and vocals at receptions, parties and festivals throughout the area.

Ralph Bruner: I was born in New Jersey, and soon after moved to St. Louis where I began to play guitar at age 6 from Mel Bay Studios. In 1975 I moved to a recording studio in Houston Texas, where I would learn the art of recording from Major Label producers and engineers. During this time I recorded on albums for Freddy Fender, and started my publishing company with BMI. I then moved to Milwaukee, where I was to meet John Tanner,an original music jingle writer, and soon began to work with John on his projects.

In the middle 90’s I meet up with another singer songwriter Noel Crowder during a jingle recording session. We discovered that our voices blended very well together, and decided to write and record music together. We soon added a drummer Steve Comeau, and started work on our first album which we released on our own under the band name “Feet Of Clay”.

A year after that in 1995 we were approached by a small label that had distribution through RED {SONY}. And with the help of our newly acquired manager John Lay, who managed the English pop group “Squeeze”, we soon had the re-recorded album which we recorded and produced ourselves released worldwide via the Sony distribution system.

Unfortunately within 6 months from the release, and while beginning to receive AAA radio airplay around the United States, the record company became insolvent. I resumed my session playing,along with live performances in musical theatre, and started to figure out that instead of composing for a pop band, I could use basically the same methods and compose “short” songs for TV and Radio. FEET OF CLAY still writes and records new material.”Billboard Magazine” calls the music of Milwaukee-based band Feet Of Clay, “Knowledgeable musicianship working together with skillful songwriting…breathy vocals, aching harmonies and irresistible melodies.”

Feet Of Clay’s genre of pure contemporary pop, led to the distribution of their first CD throughout the United States and Canada as well as Europe and Australia. With the advent of college radio airplay, larger AAA radio stations added the act’s radio friendly pop sound to their playlist. Through the magic of radio, more national record store chains such as Tower Records, Camelot, Musicland, and Best Buy have distributed the CD and Border Books & Music have added the act to their listening booths. Critically acclaimed in national and international publications, is now available for licencing

“I’ve been asked by many people when or if we were ever going to release more songs. Right now we are releasing a few singles, to be followed by a complete CD. After locating master tapes, and kick starting their respective tape machine, we have remixed quite a few songs which we recorded after the record deal days. Included will be our version of “Dear Prudence” originally released on Yellow Pills from Caroline Records, and our version of ” So Said The Lighthouse Keeper” when we were asked by our friend Mark Hersberger of Pop Detective Records and the band Klaatu ( where the song came from) to record a re make. There is a wide variety of music styles included within this collection, and the boys and I have been having fun putting it all together and attempting to make it all proper for release. We would like to thank all of you for your past and present support. “

Jill Plaisted started off as a dancer in the early 80’s studing classical ballet, tap, and jazz. Jill began to play the piano at age seven and went on to play the viola at age eleven. Jill started to write songs on her grandfather’s art tools and even recorded them on his double tape player at age 8. Then at 19 she taught herself to play guitar and went on to writing music on the guitar and the piano. Jill was given a job with a local celtic rock band as their viola player and back up vocalist called The Sandcarvers. Jill started her own solo career in 1998 playing local venues and recording with the likes of Mr.Ralph Bruner, Mr. Steve Comeau,and Mr. Noel Crowder of Feet of Clay and also Mr. Victor Delorenzo the drummer of the Violent Femmes. Ms. Plaisted was given a shot at some commercial attention in 2009 singing on a Steinhafels televised commercial advertisement. Ms. Plaisted is currently working on a full length album with producer Larry Hinds.